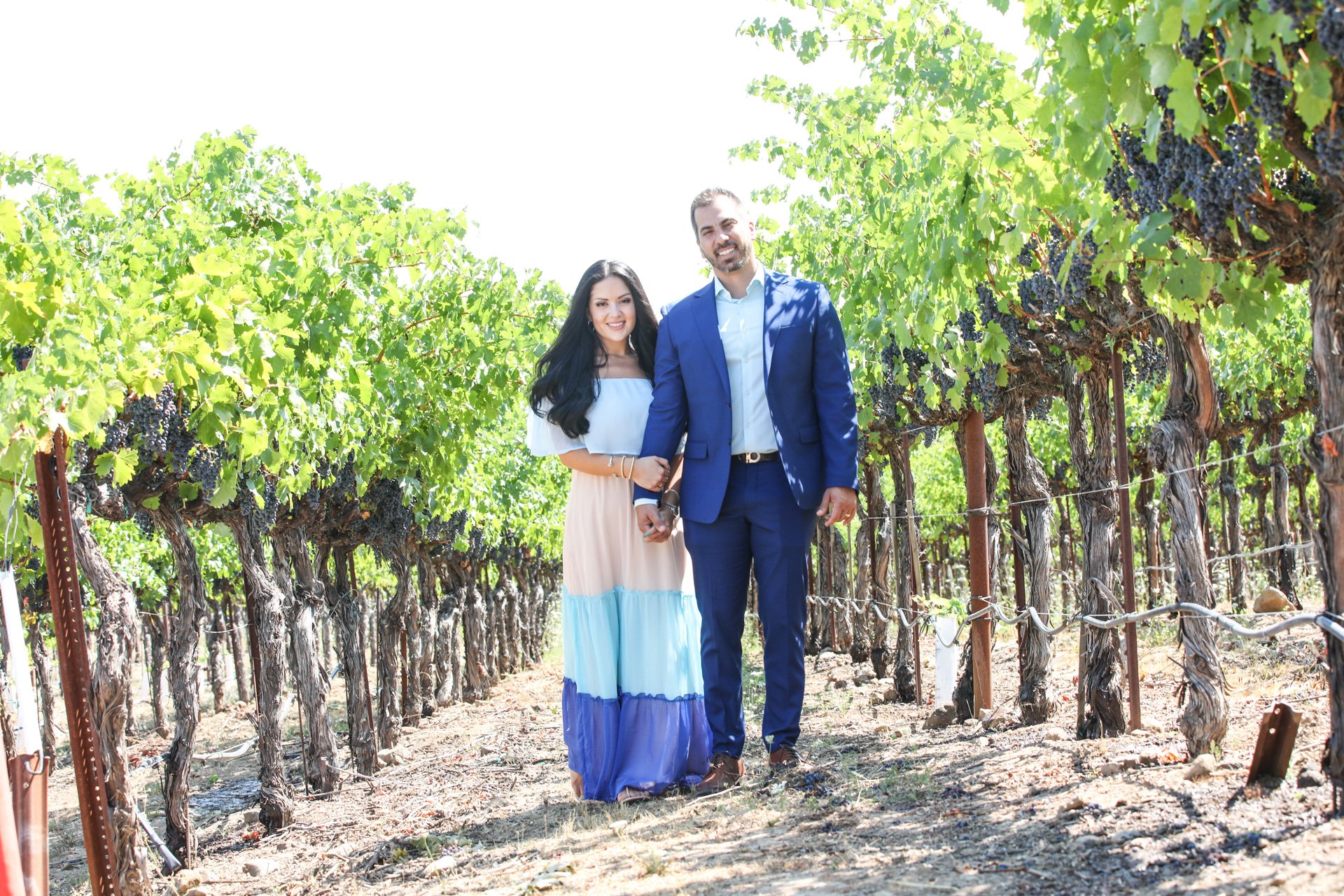 This most adorable couple flew to Napa Valley from Florida for their anniversary. The weather was just right for it too. What she expected was a tour but not a castle. They celebrated the anniversary Castello di Amorosa style!

I hid in the corner waiting for them to come up where bubbles and flowers and gifts awaited them. The noisy gate below told me the time was now to frame the image for her surprise. She was indeed surprised! This was the first time I’d been in this spot and the view was just beautiful of course. I’ve photographed numerous events in all the other areas but the intimacy of this was just perfect.

The love they had for each other was just so obvious and they were so totally in sync. I gave very little direction because letting them just be was honest and beautiful. I hope to see them at their 50th Anniversary! Ok, not really. Maybe their 10th. Happiest anniversary Castello di Amorosa style!