Ahh, music and musicians how I so adore you.

Oh, if I had been wiser in my youth! I would have realized far sooner that combining my camera and love of music and musicians would have led to an earlier career in live music photography. Alas, I took a very long and very indirect path. I did, however, eventually get there and I love being in the crowd, the noise and all the rest. 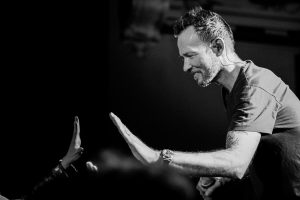 But the best part is, I truly love the relationship between photographers and musicians. We are both a little eclectic, quite passionate, and very nurturing of each other and obviously the relationship is mutually beneficial. When the rest of the world thinks you are a little off well, we think each other is just grand and delightful.

is one of my favorite things professionally to do for all the reasons stated but also the hanging out and just being in that atmosphere of creating. As a house photographer for The Warfield and The Regency Ballroom who are a part of Goldenvoice, have seen a wide variety of music types and musicians. One thing they have in common though is the smile and passion on their faces as they play. Seeing Scott Weiland’s show just a month before he died gave me a lot of perspective on what I do. He was happy, he was doing what he loved and what he did best. 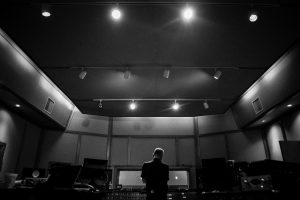 I photographed the International Swingers which is comprised of Clem Burke, Glen Matlock, James Stevenson and Gary Twinn while they recorded in studio. They were so open, available, easy going and seemingly able to ignore me. Even being totally in their faces, they allowed me the connection needed for the images I wanted. That gives the ability to find the images that hit me, and I believe, really resonate, and tell the story to the view. It was a wonderful experience and some of my favorite images ever are from that session.

Along with live music and documentary photography like in studio for the International Swingers is collaborating. Necessities like portraits, collateral materials such as CD jackets and covers and the like. One of the best times I had was getting up at 4am to photograph in Griffith Park. Anyone who knows me knows that setting an alarm for dark o’clock is not something I want to do. Unless I must or for getting on a plane to an anticipated destination.

Don’t make me set an alarm! 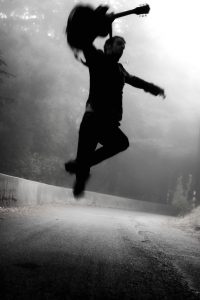 Setting the alarm this time was not an issue. The park is in Los Angeles and the musician was Tara Novick of John Corbett Band most recently and has played with Lee Rocker and numerous others over the decades. Live music photography has its challenges, but portraits do too. However, you get room to breathe and time to create.

I arrived at his house and we knocked back some coffee during the style consultation. Read “yea, that looks great, that too, OK, just bring it all”. We loaded up my car with clothes and guitars and headed out. The sun was not up for another hour, just us and a lot of morning fog and dew. Some laughter and silly behavior ensued with the occasional slug of Jack Daniels and a mutual desire to create.

I went back home to bed with a smile and some great images that I would never have anticipated. This can only happen with mutual trust and respect.

This is what rocks my creative soul.