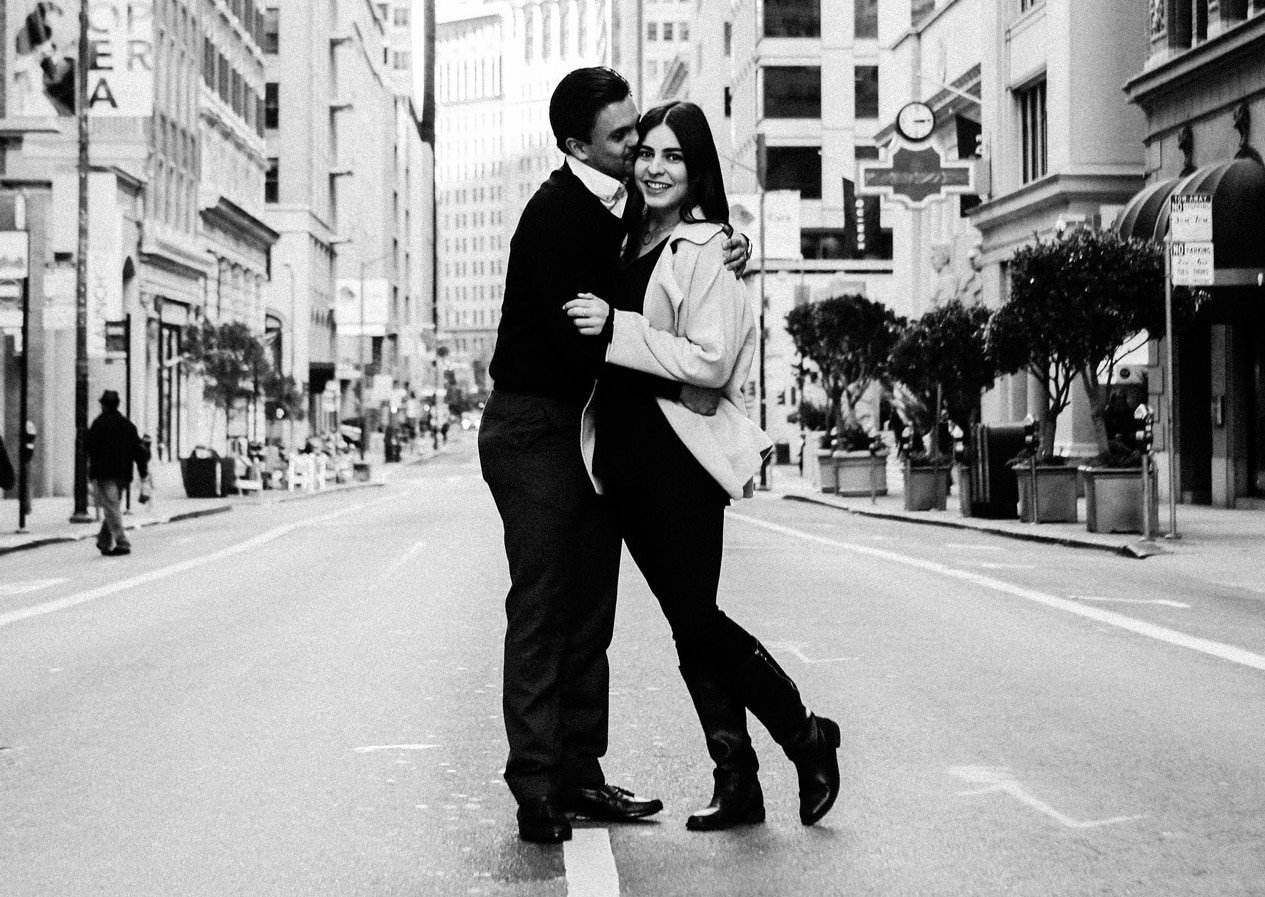 This surprise proposal had been in the works for months. Juan first reached out to me in the summer for his date in November. Quite the planner right? Meticulous, detailed and so romantically thoughtful, it was indeed splendid.

The idea for me was to photograph them around downtown and near the Loews Hotel where the proposal would take place. Just a nice gesture on his part as they never have good photographs of themselves taken. So, sure, I can do that. No acting involved this time just the hopes I keep my mouth shut and don’t say the wrong thing! So he surprised her with me just outside the hotel and we walked a bit and stopped in random places to take photographs. Spending this time with them was just so fun.

They are both from Guadalajara but met thousands of miles away in Valencia while going to school. What are the odds? I mean seriously! You are from the same home town but randomly meet there. Of course that is just a sign that they are connected way beyond the usual. They were so easy going and so open to do crazy things like dance in the middle of the street or run in behind traffic for that magical “What? no traffic in San Francisco” kind of portrait. Hmm, should maybe write a blog on that one…

All this was just phase one. Next was back to Loews where I would “need the restroom” before heading home. Nope! I was on my way up to the sky deck to be ready for their arrival for “cocktails”. I was one floor up over looking the deck, overlooking Transamerica, the Golden Gate bridge, Coit Tower et al just as the sun was about to set. There was just a beautiful table draped in gold and a gorgeous bouquet with fall colors.

Then, out they walked. Fortunately, she looked back at him a couple of times so I could see her expression but there was no doubt it was going to be yes! After a few private moments, I joined them and we took just a few more images before the sun was down. It is truly so special to me to be part of these surprise proposals. Now of course I want to go to Guadalajara for the wedding!!! 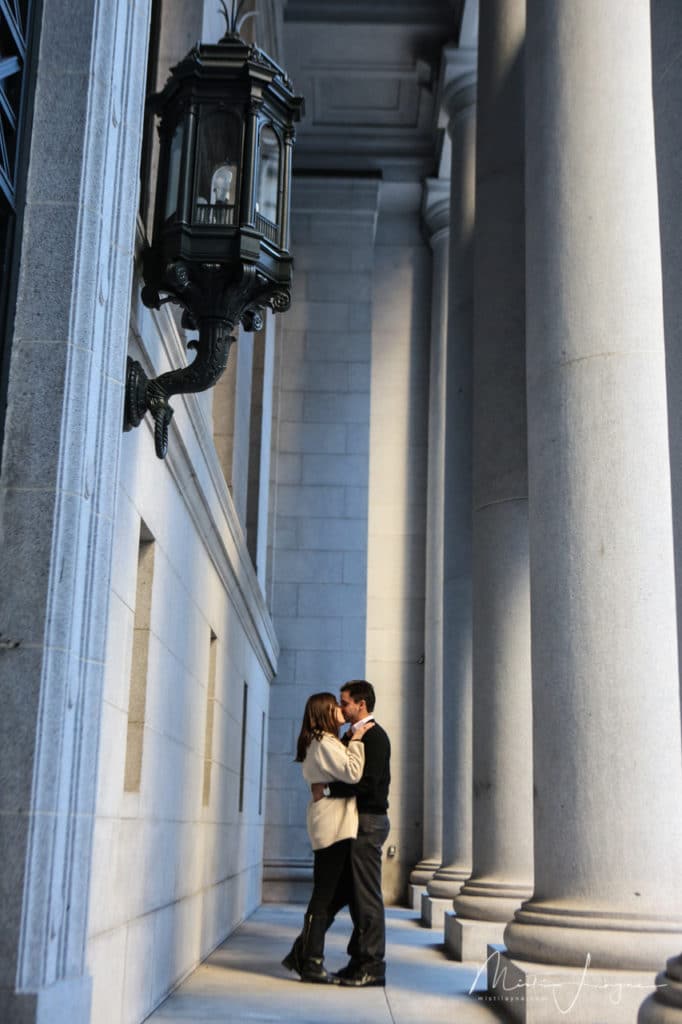 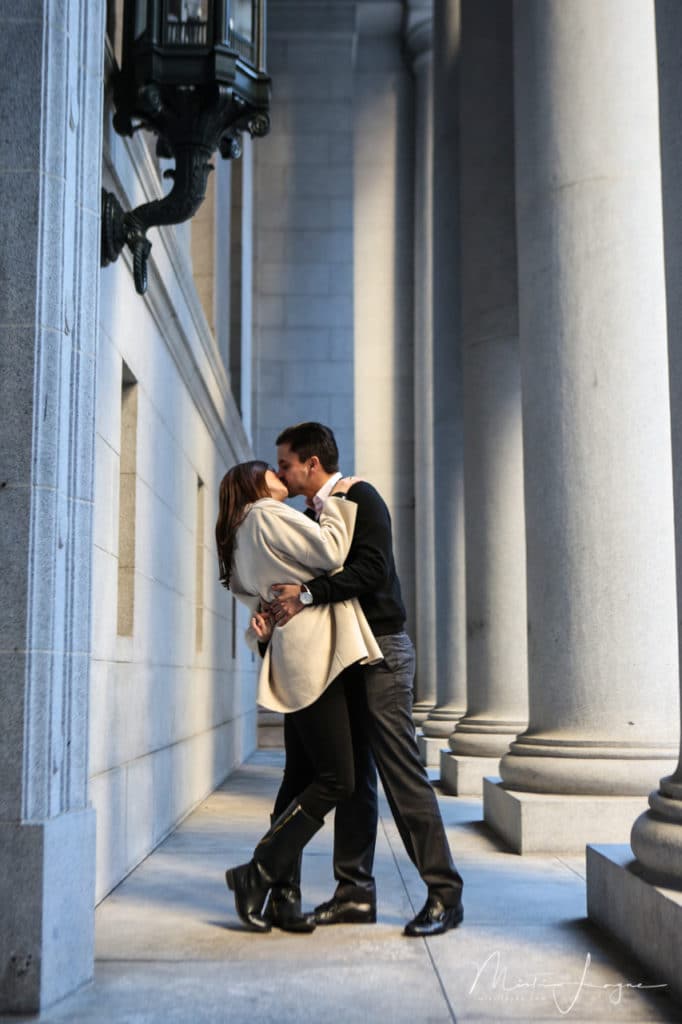 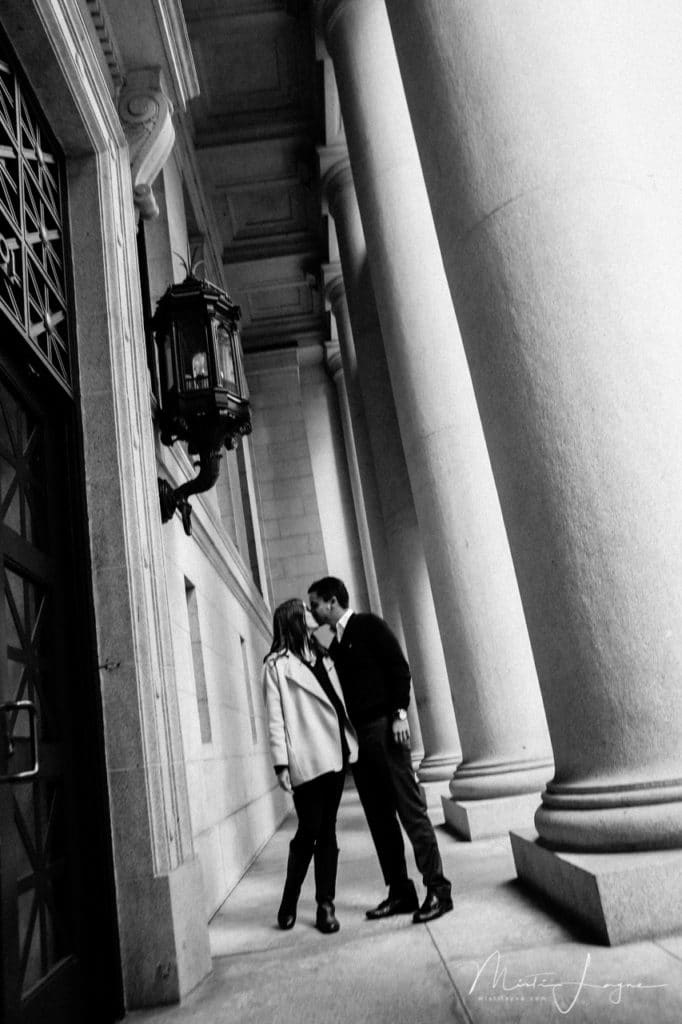 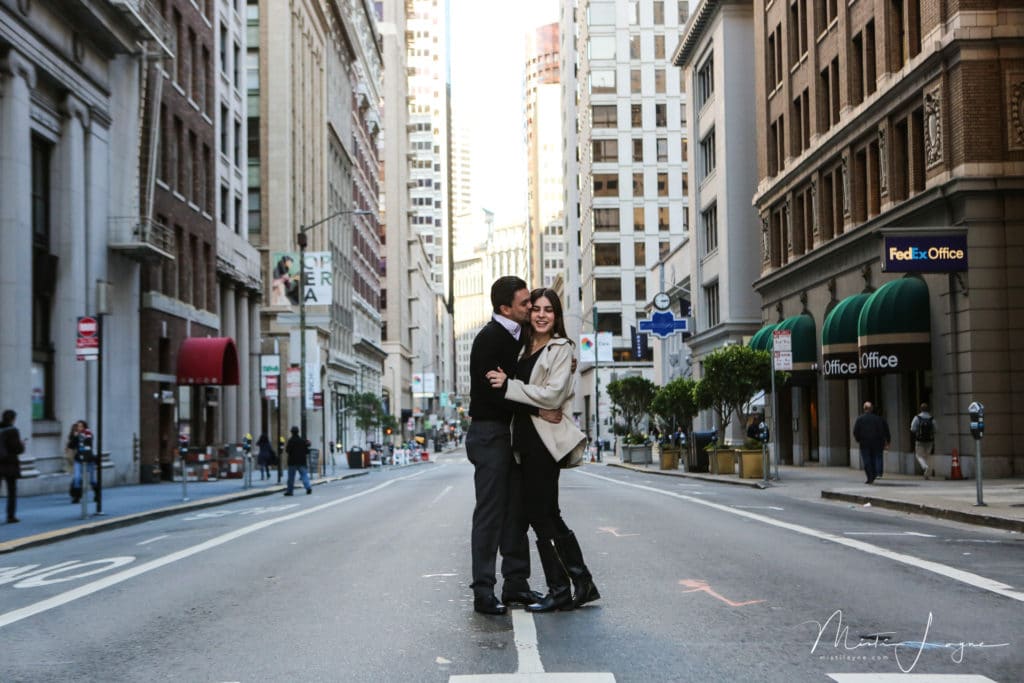 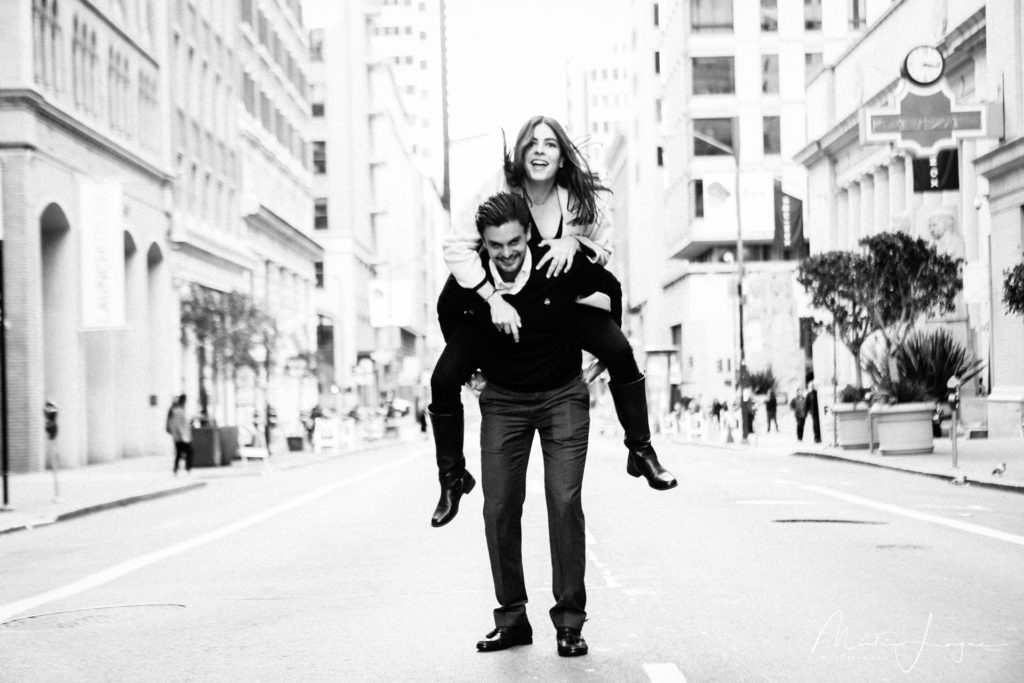 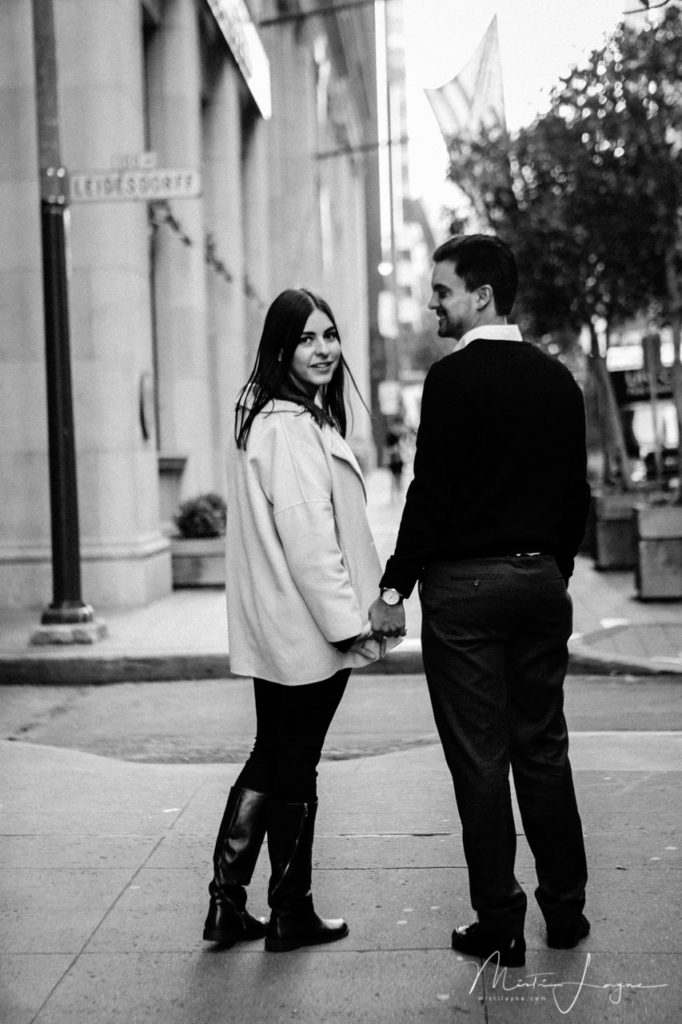 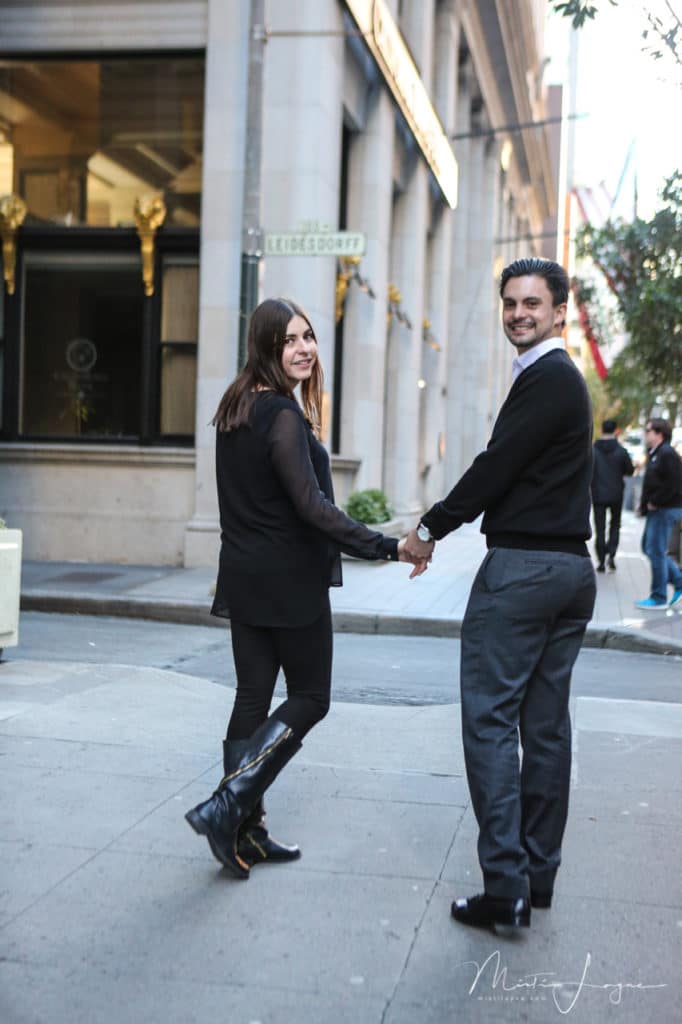 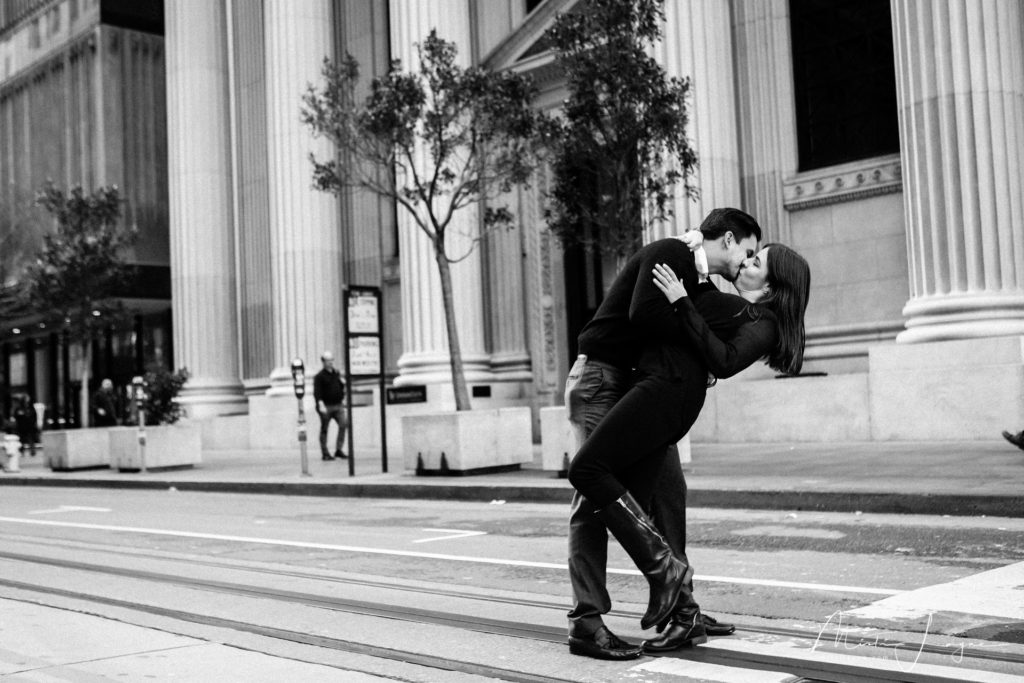 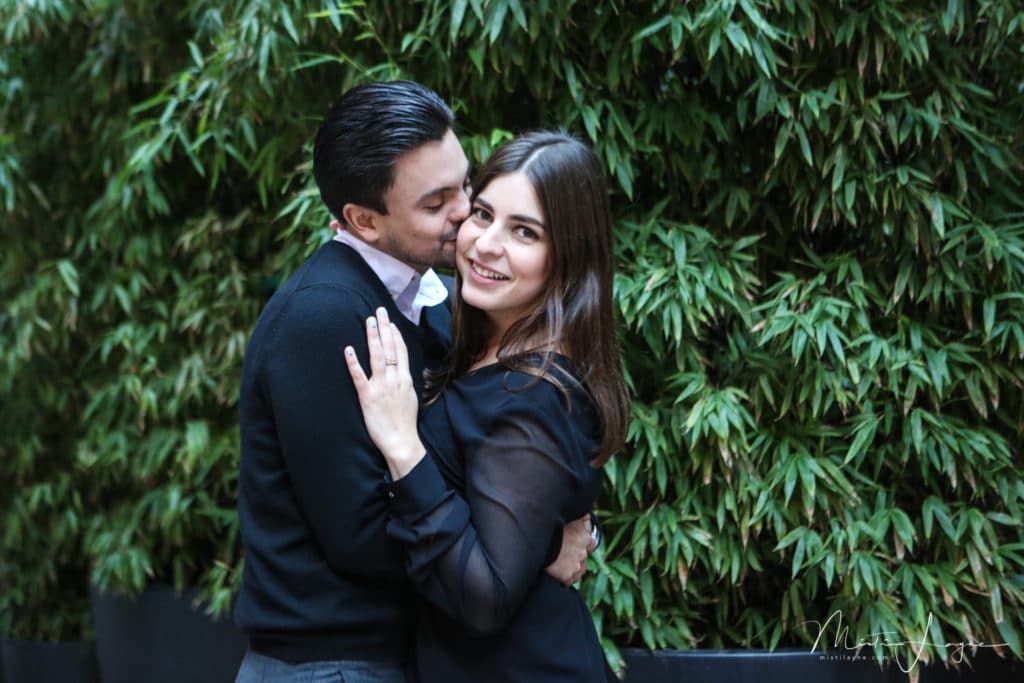 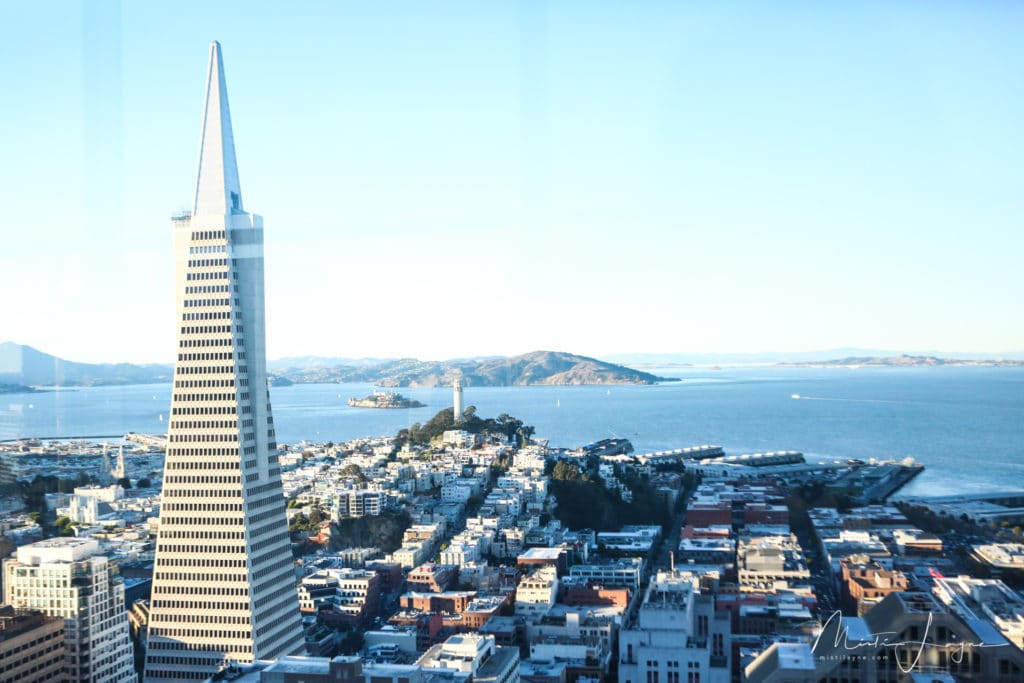 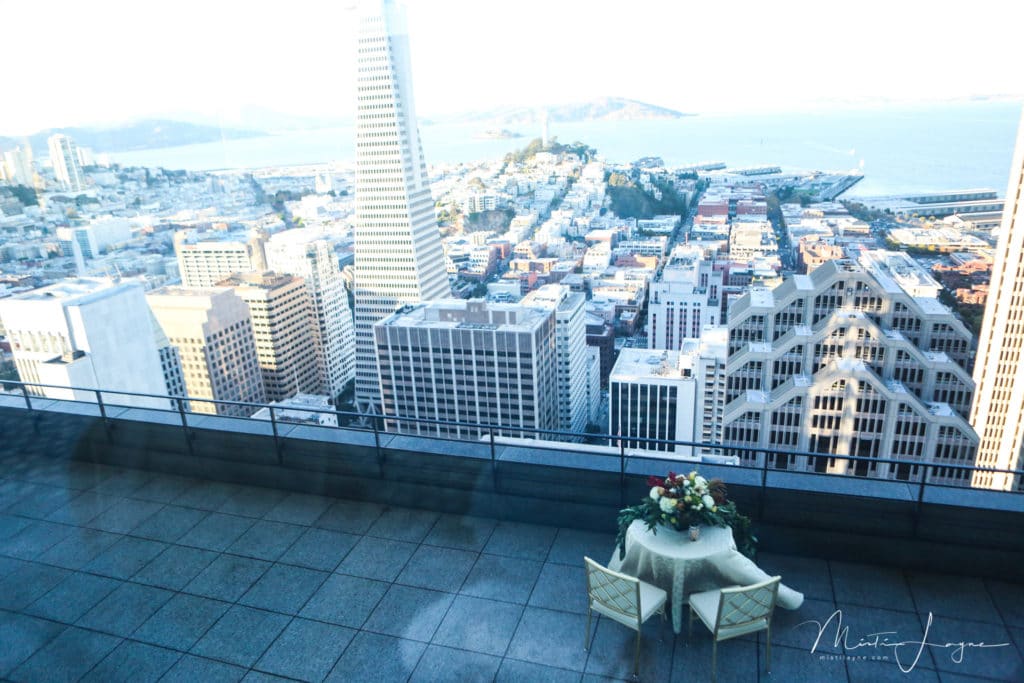 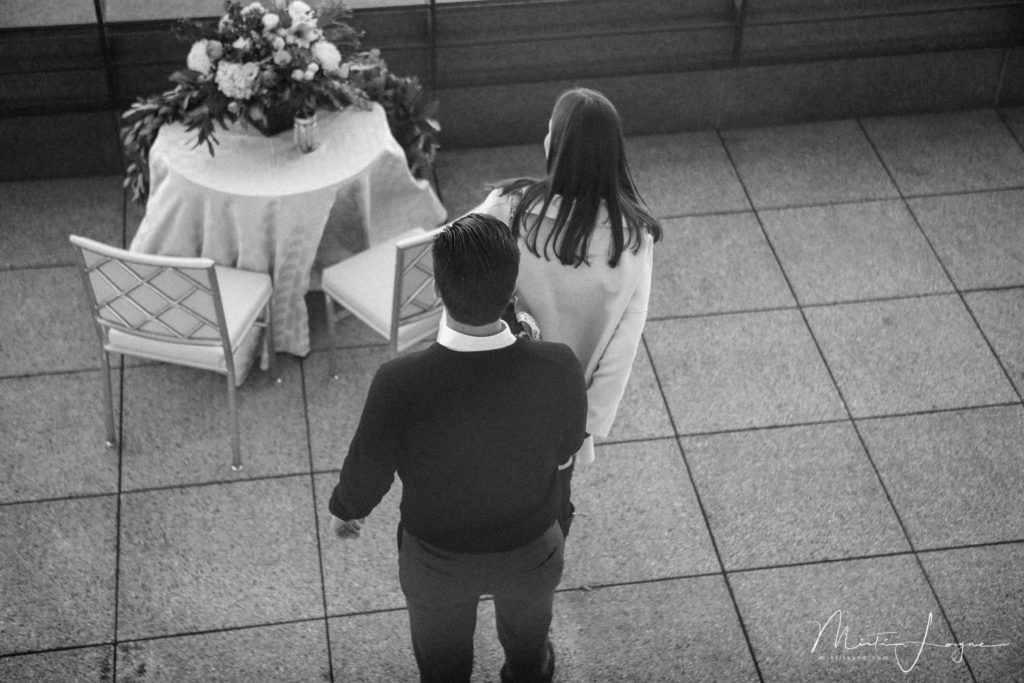 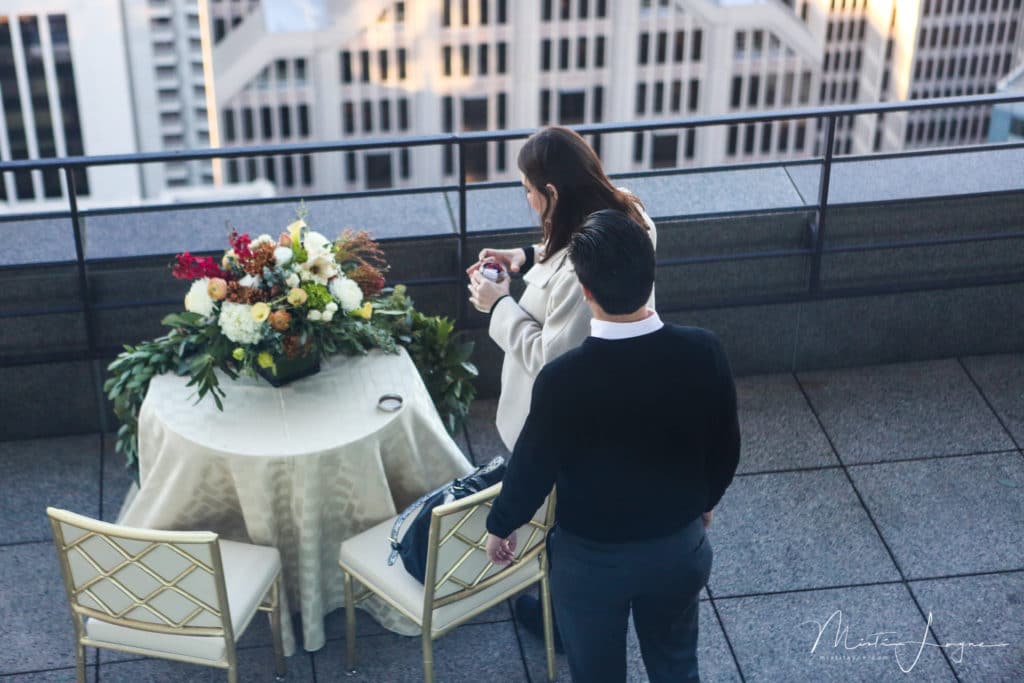 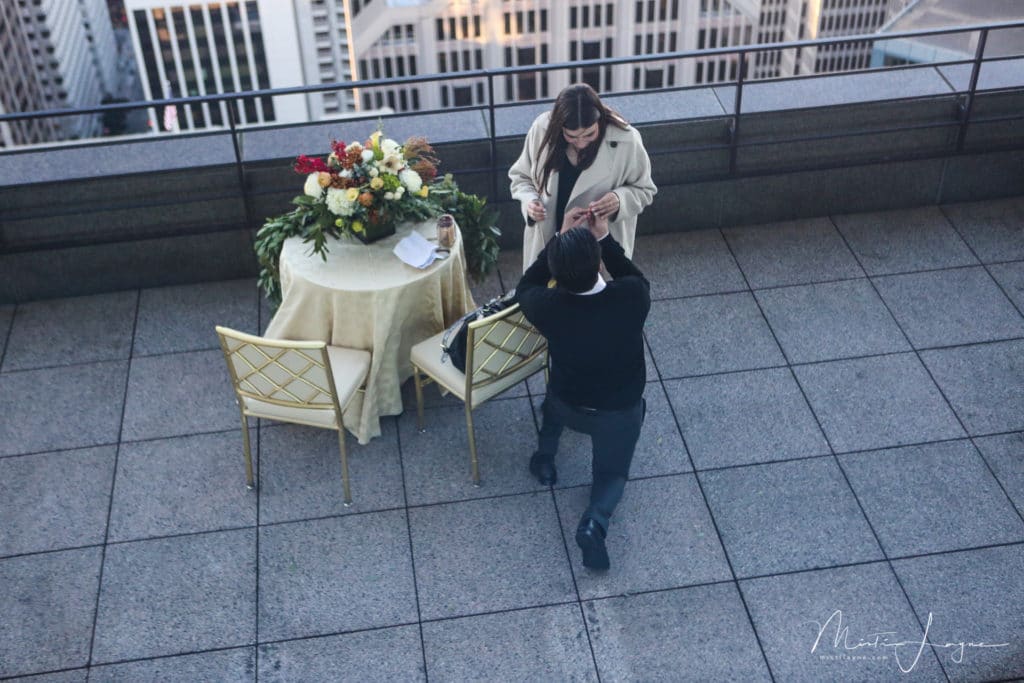 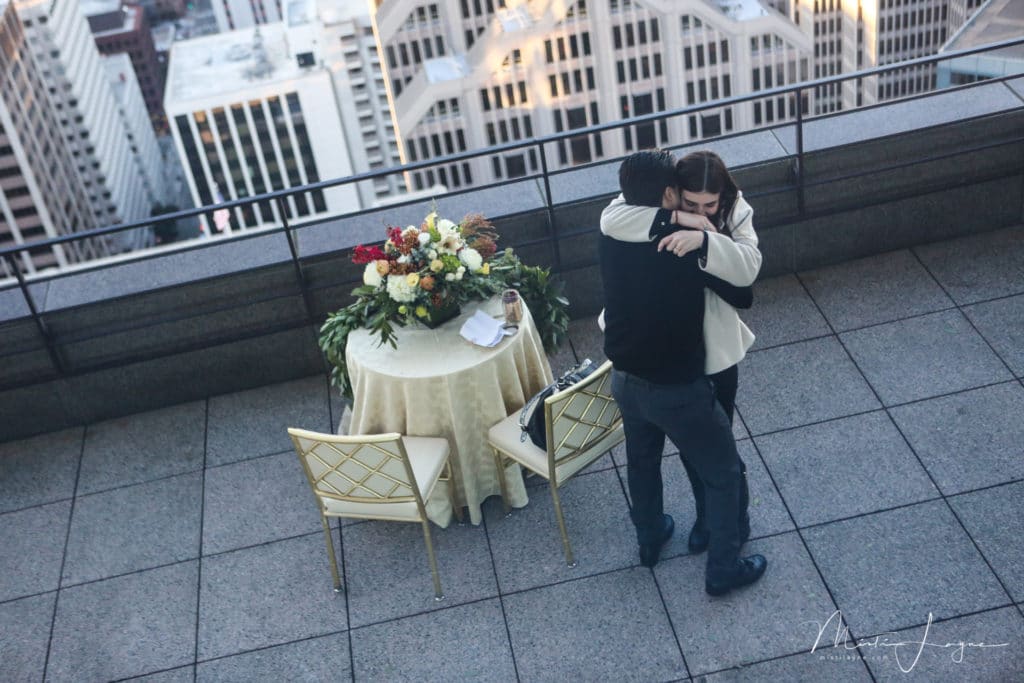 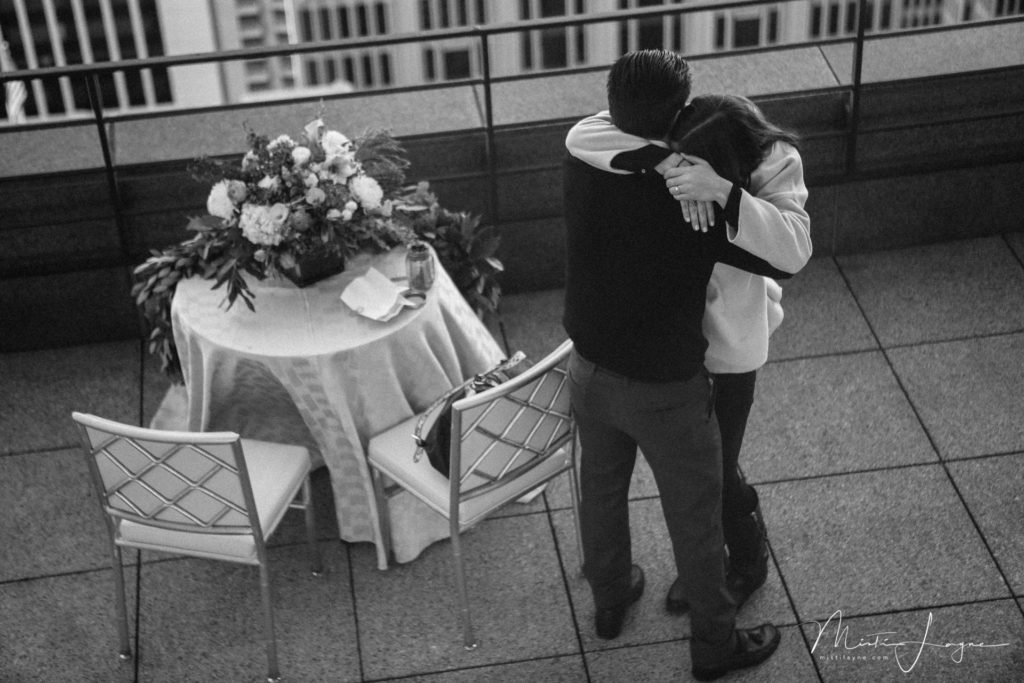 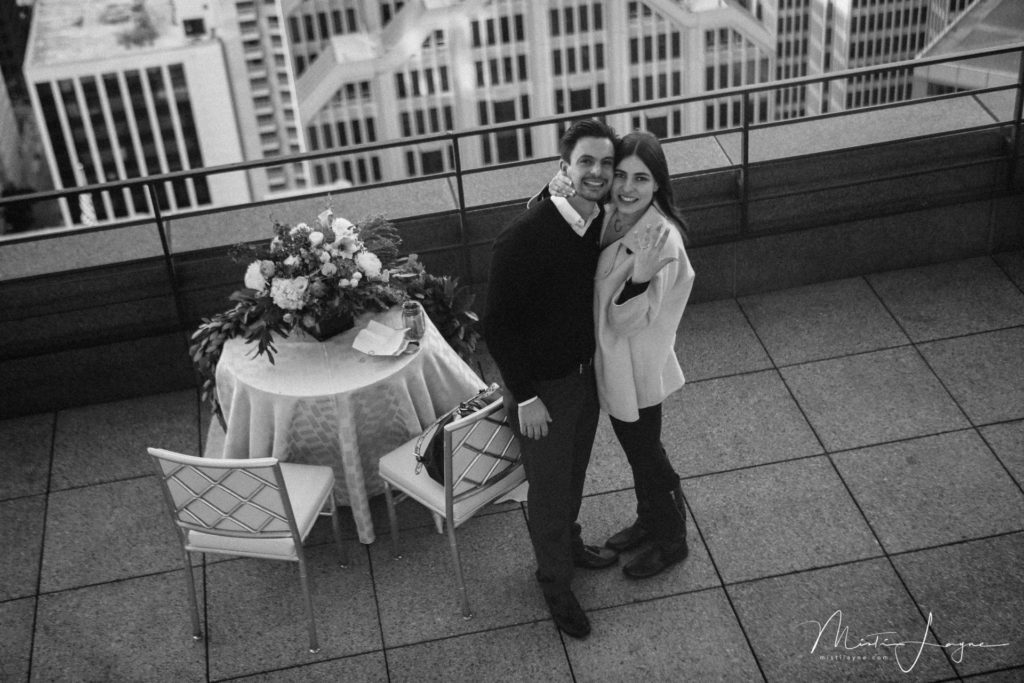 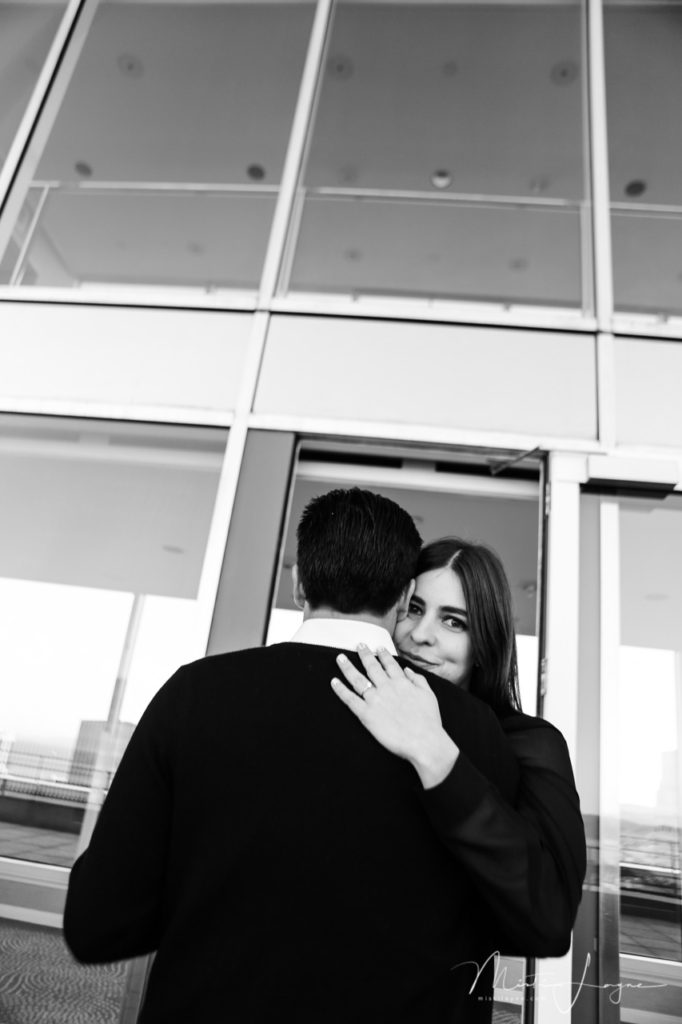 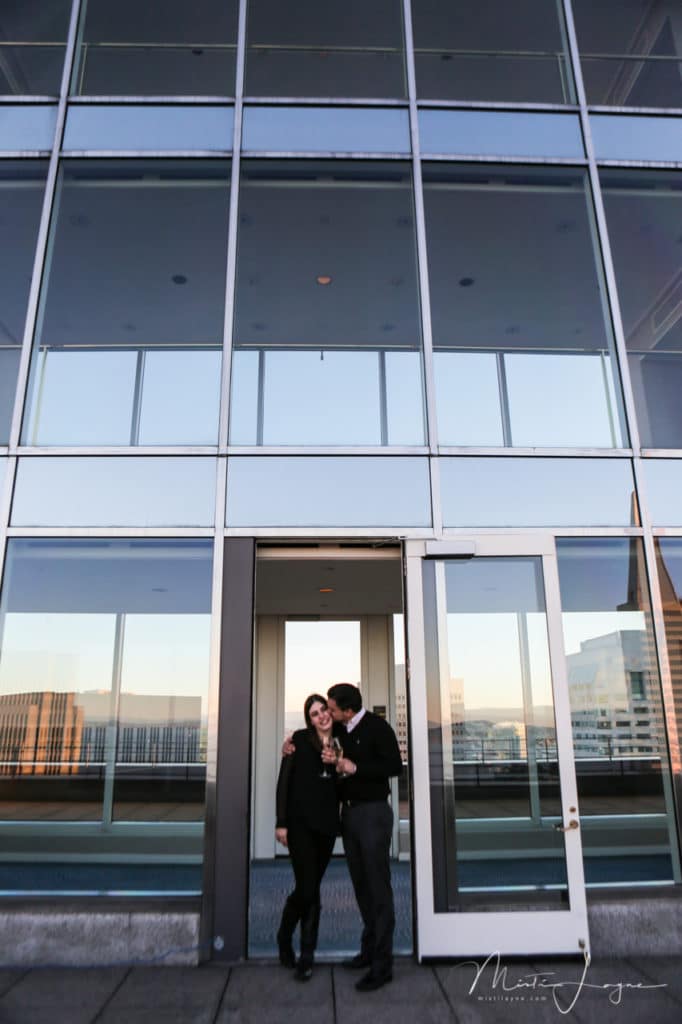 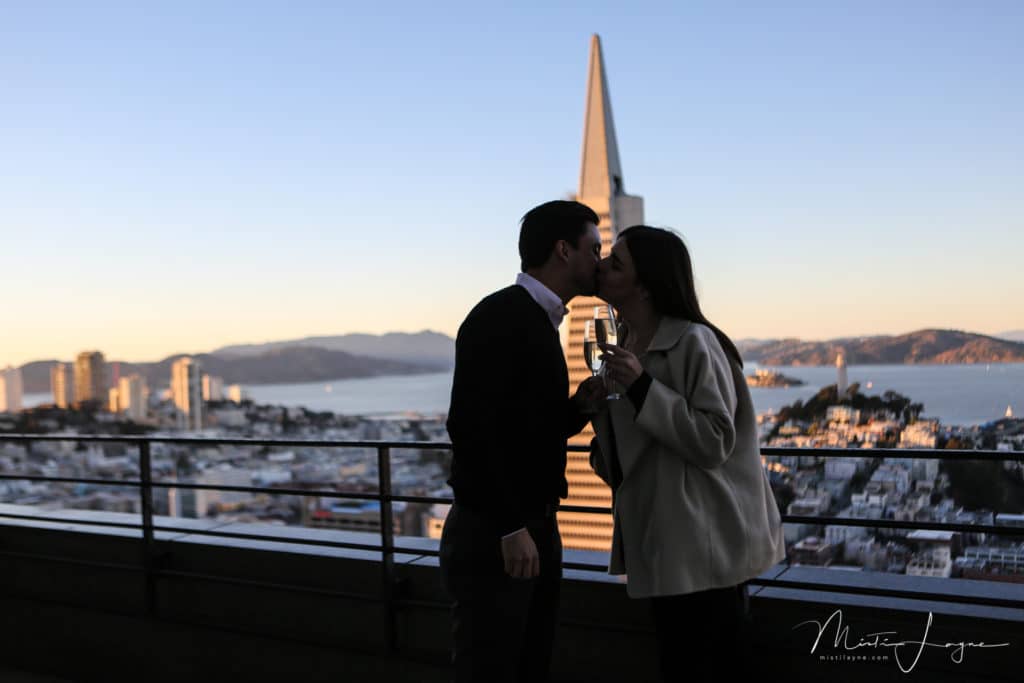 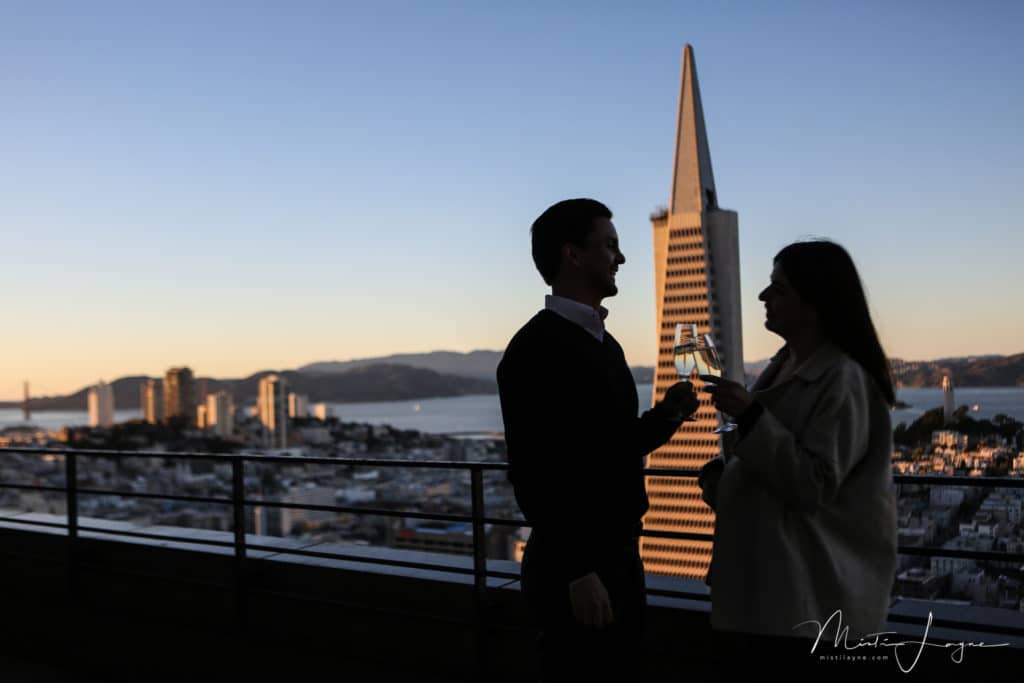 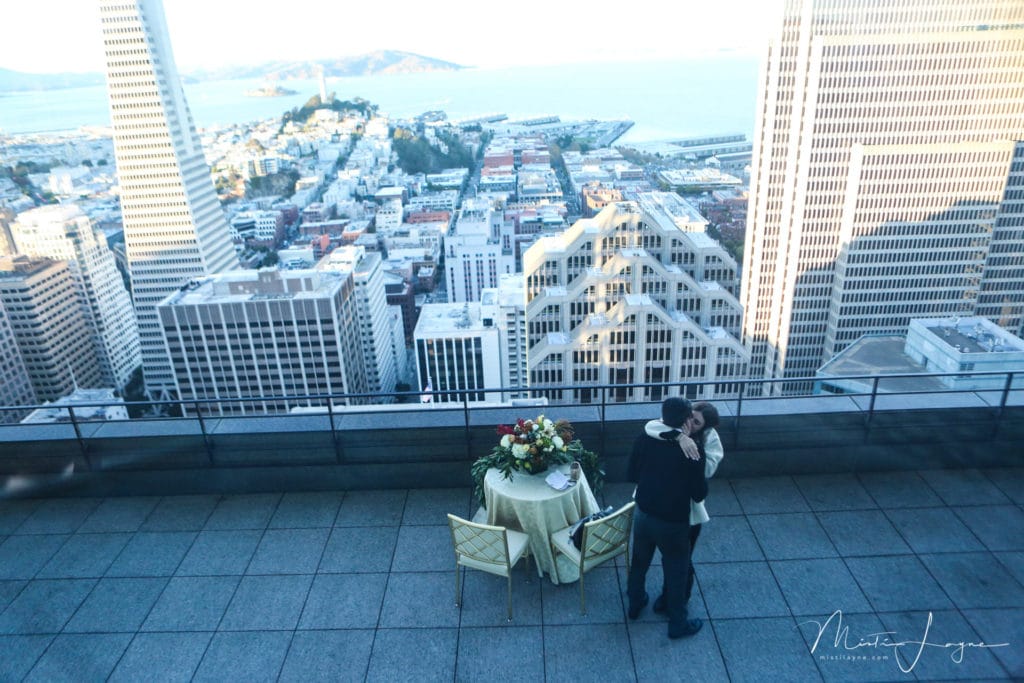 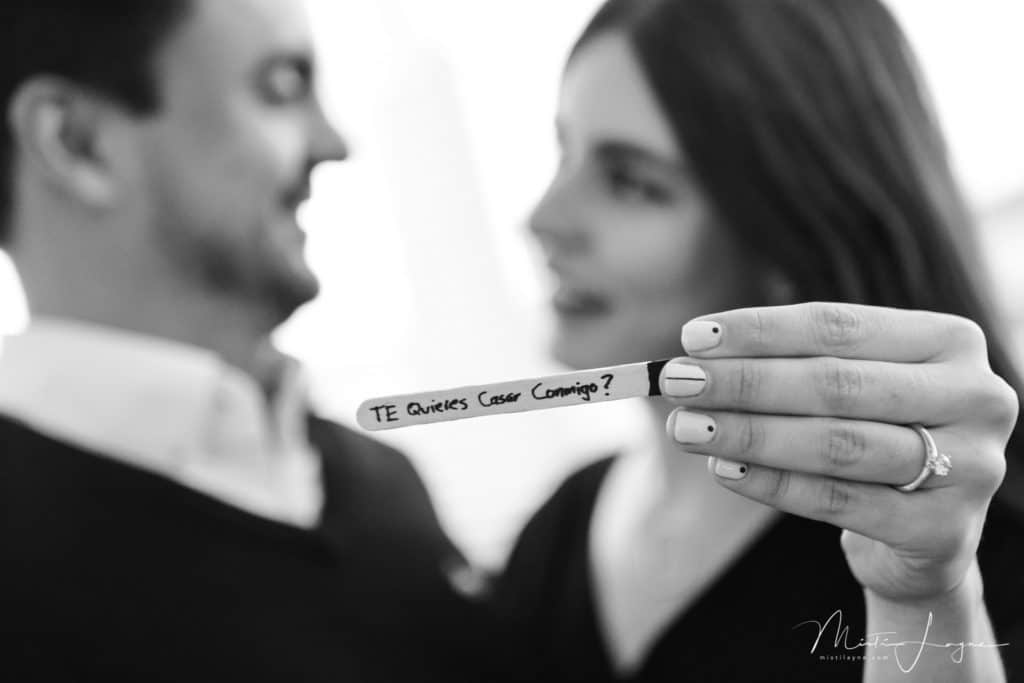 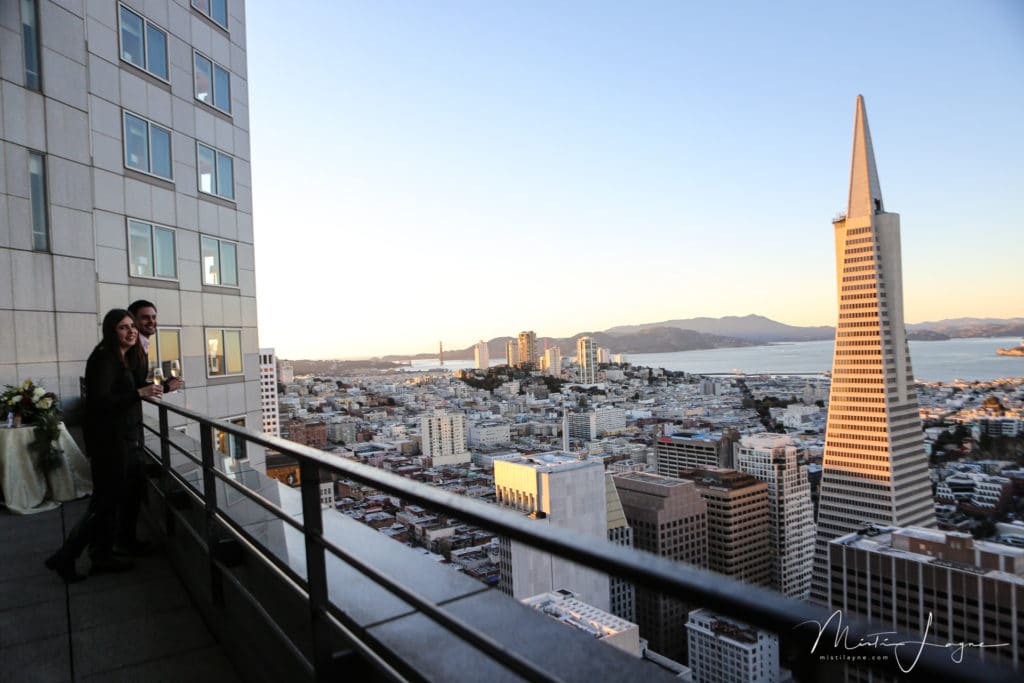 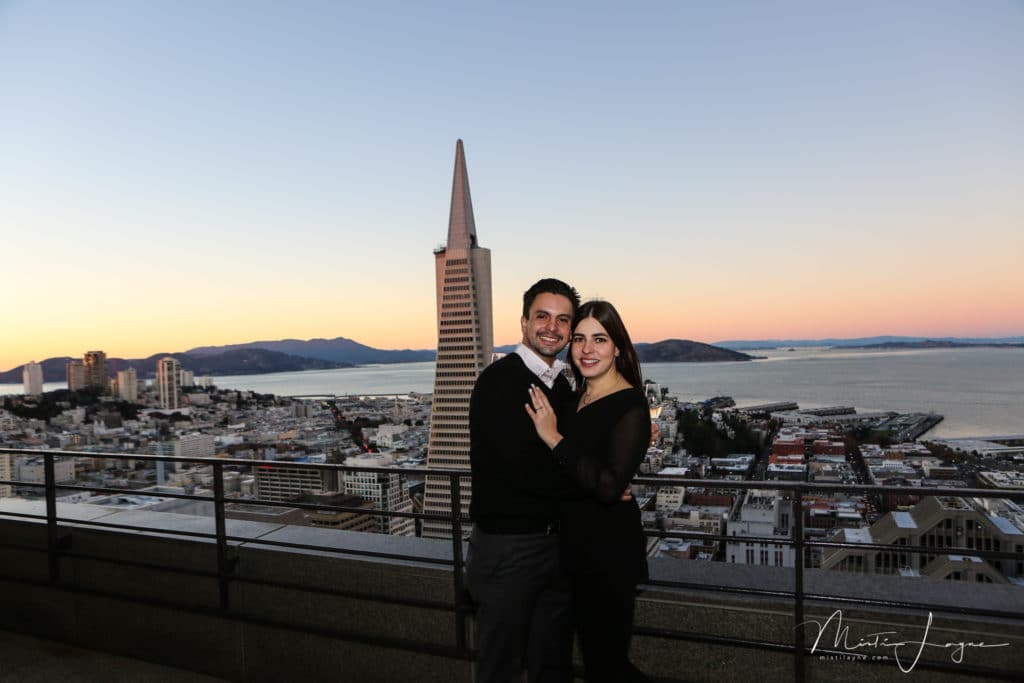