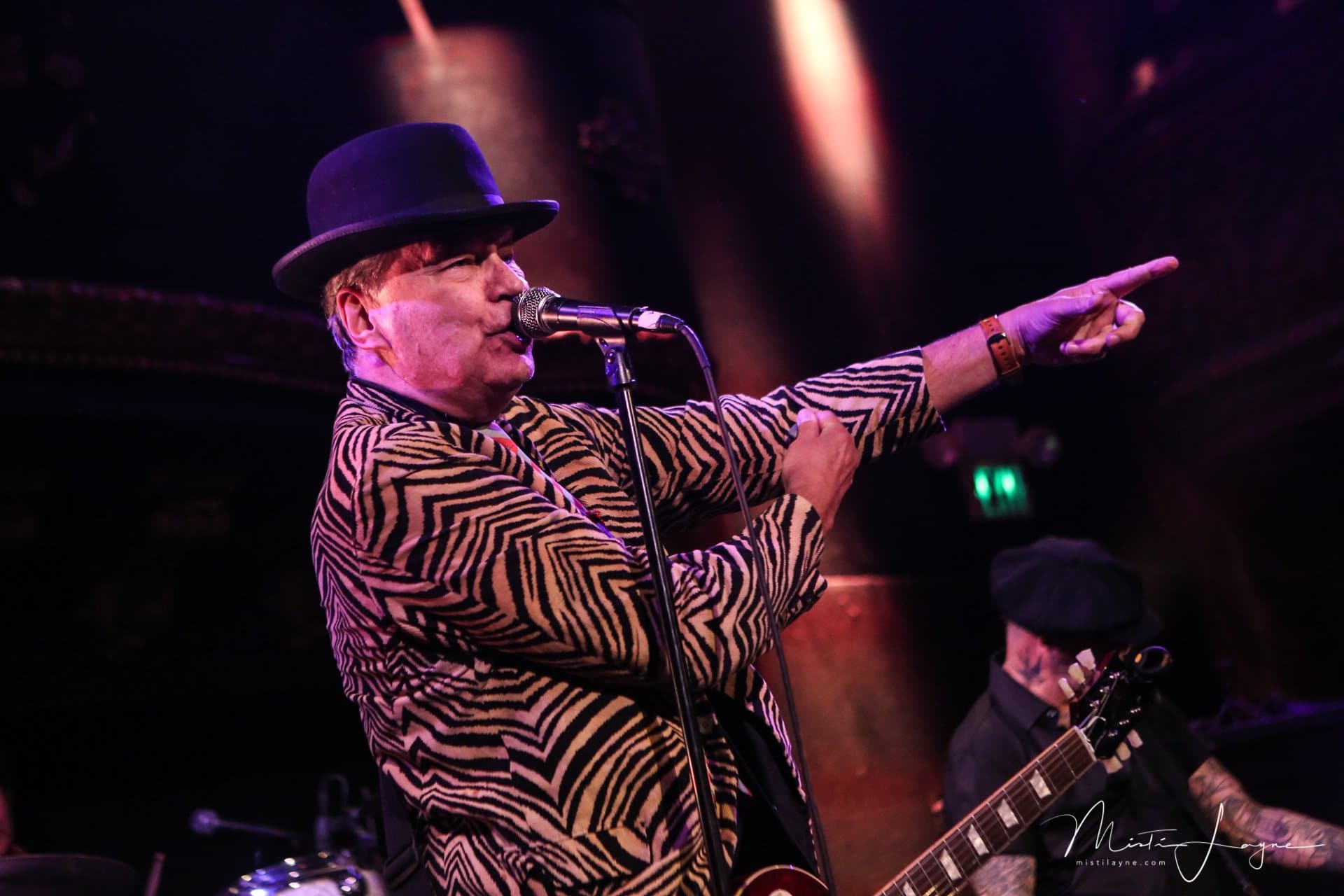 I met Clem Burke and Glen Matlock years ago when I photographed them in studio for the International Swingers. I met Mike Ness after this show and my schoolgirl crush face just could not be hidden. I blush even as I write this now and this was not even last month or this year. No way was it possible to fight that. I was going to write something for this but then thought, I just can’t do better than this from Tom Lanham of the San Francisco Chronicle.

Punk classic ‘LAMF’ back in spotlight

After legendary British punk rock impresario Malcolm McLaren offered his band Heartbreakers the opening spot on the U.K. “Anarchy” tour with The Sex Pistols and fellow punk progenitors The Clash and the Damned, he found himself in London in 1976.

“Britain for us was like, ‘We’re not in Kansas anymore!’” he recalls of his time abroad with late bandleader (and ex-New York Doll) Johnny Thunders.

“London was f—— nuts. The clothes were wilder, and it was like the bands had just learned how to play the week before they got onstage. I found it really stimulating,” says Lure, who appears in The City this week.

Unfortunately, the 1976 tour got canceled after the Pistols cursed on live TV, leaving Heartbreakers stranded in Britain. But the group quickly fell in with the burgeoning punk scene there and in 1977 recorded its only studio album, the trashy classic “L.A.M.F.”

Lure, the only surviving member of the band, is playing the album in its entirety in San Francisco at the Great American Music Hall, backed by Blondie’s Clem Burke, Social Distortion’s Mike Ness and original Sex Pistol Glen Matlock.

Gang of Four at The Independent – Live Music Photography

The Broods rock The Regency, music photography by Misti Layne