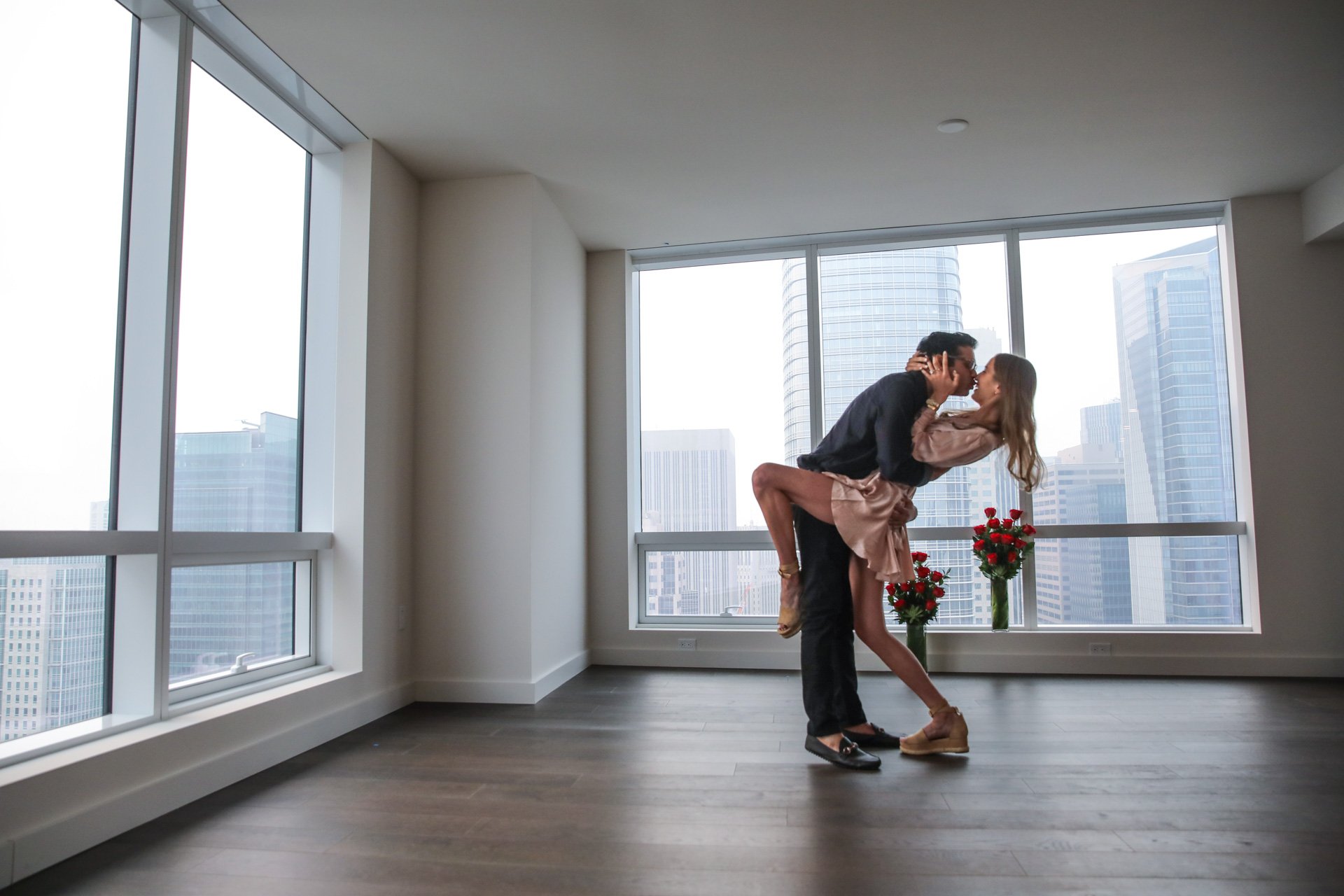 He had been planning this San Francisco secret proposal for a while. Alas, the fires in Napa said “not happening”. So what to do? Ask her in the home you just purchased the week before. In my humble opinion, it was perfect. She did say yes after all!

It was their 3rd anniversary and her family knew, his family knew and well, she did have an inkling but was still surprised. He got three dozen red roses to commemorate and also a beautiful piece from Laurel Winzler, a San Francisco florist. He wanted to do a tasting at a winery in Napa but instead they came to him. While they did that in the lounge of their new building, I was setting up and sizing up how I would fit behind a counter with my camera and hide a video camera as well. It was awkward but doable. I looked at the skyline while I waited and tried to spy in the windows of the Salesforce tower with my telephoto lens. Have to love city life.

I heard the key in the door and knew I was on. I was crouched, camera ready and hit the on button for the video. It was beautiful. Being a part and sharing these intimate moments are just so amazing to me. I really do appreciate them and the trust from my clients.

After she said yes and I popped up to reveal myself, we made some portraits in their living room then headed up to the penthouse on the 66th floor. If interested, it is available for a cool $15 million. The view are SPECTACULAR. I met the family, took some more portraits, documented them telling his family and her beloved grandfather. It was a wonderful night.

A San Francisco secret proposal was not what was intended BUT it was the RIGHT proposal for this wonderful couple.

The Photographer’s Checklist: What We Need For Your Wedding Day

How Do I Choose a Wedding Photographer? | Notes From Your Planner